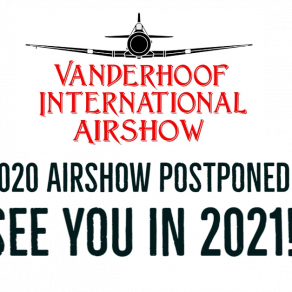 Due to the extraordinary circumstances of the COVID-19 pandemic, the organizing committee of the Vanderhoof International Airshow has made the difficult decision to postpone the 2020 show, scheduled to be held at the Vanderhoof Airport on August 1 & 2. We invite you to join us for a spectacular show in the summer of 2021!We extend a heartfelt thank you to our guests, volunteers, sponsors, and performers for their support and efforts behind this year’s show. Guests who have purchased tickets will have their tickets honoured at the 2021 event or will be given the option of requesting a refund. Further information and instructions will be sent directly to ticket holders by email.The Vanderhoof Airshow committee has begun discussing options to hold an exciting alternate community event in the future once it has been deemed safe and reasonable to do so – stay tuned! Follow us on social media for the latest updates. Thank you for your understanding. 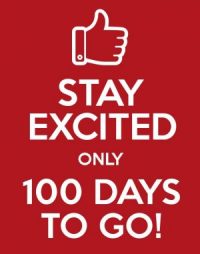 While the organizers of the 2018 show have been busy working behind the scenes for months, it is now only 100 days until the big event! The skies over Nechako Valley will be filled with some of the finest aircraft and highly skilled pilots from Canada and beyond! Visitors from within and outside of our region will join us for the BC Day weekend.

There is an incredible amount of work put into an undertaking of this size, and it takes a truly dedicated group of volunteers.  Some goals accomplished to date are:

We are always seeking corporate sponsors and volunteers to help make the 2018 show a huge success!

Stay tuned to our website and social media for further updates as the clock ticks down!

The Royal Canadian Air Force (RCAF) is pleased to announce the appointment of Captain Stefan Porteous as the pilot for the 2017 CF-18 Demonstration Team.

The RCAF selects a theme for each year for its CF-18 air demonstration team and 2018 will feature the 60th Anniversary of NORAD.

Throughout the year, NORAD will hold several events aimed at highlighting the importance of honouring the past, guarding the present, and protecting the future.

NORAD is a combined, bi-national military command established by an agreement in 1958 between Canada and the United States to monitor and defend North America. NORAD is supported in Canada by the Canadian NORAD Region (CANR), headquartered in Winnipeg, Man., and the Canadian Air Defence Sector (CADS) at 22 Wing North Bay, Ontario.  CANR maintains CF-18 aircraft on standby at 3 Wing and 4 Wing  along with CC-130T Hercules air-to-air refuellers operating from Winnipeg, in support of the NORAD mission.

“As the Commander of the Canadian NORAD Region, I am thrilled to have the opportunity to showcase the important NORAD mission and our important bi-national partnership through the 2018 National CF-18 Demonstration program,” said Major-General Christian Drouin, the commander of 1 Canadian Air Division/Canadian NORAD Region. “The men and women of NORAD work diligently to keep watch over our countries and to protect the air sovereignty of North America. Twenty four hours a day, seven days a week, no matter what – we have the watch.”

The annual ICAS (International Council of Air Shows) convention is set to take place tomorrow, Sunday, December 3, 2017 – Wednesday, December 6, 2017 at Paris Las Vegas. Members of our committee will be attending this convention in order to start organizing the performers who will be at the 2018 Vanderhoof International Airshow. Please visit the performers page to keep updated!